A water bottle rocket is a rocket made out of a 2 litre bottle. It uses a launcher made out of pvc pipe or a rubber stopper, to launch the rocket into the air. Once you have attached the rocket to the launcher you pump up the bottle to the desired pressure with the bike pump. You then pull the string which releases the rocket and causes it to soar into the air. This demonstrates Newton’s Third Law of Motion. For all action forces there is an equal and opposite reaction force. This is what makes the rocket launch into the air.

Download Project
Subject
ScienceApplied ScienceEngineering
Thank you for your input.

This experiment tested what type of nose cone attached to a water rocket would allow the rocket to stay in the air for the longest period of time. I used three different types of nose cones. These types were parabola, hemisphere, and cone. I also had a rocket without a nose cone for my control. What I did in this experiment was I built a homemade bottle launcher out of ½ inch pvc pipe. I then launched each type of rocket 30 times, and recorded the time the rockets stayed in the air.

The rocket launches at a very high rate of speed.

This experiment tested what type of nose cone is best to use on a water bottle rocket. My goal was to find what shape of nose cone would cause the rocket to stay in the air for the greatest amount of time.

The materials were found at the hardware store, the grocery store, and the auto parts store.  They were readily available and found at many common stores.

I have always been interested in rocketry. At the age of eight I built my first rocket powered only by water. From then on, I have been experimenting and testing new ways to make the rocket stay in the air for the longest amount of time. I have tested what is the best type of fin to put on the rocket, how much water to put in the rocket, and even how much weight to add to the rocket. In this experiment I tested what was the best nose cone to attach to a water bottle rocket.

What is the best type of nose cone to use on a water bottle rocket? 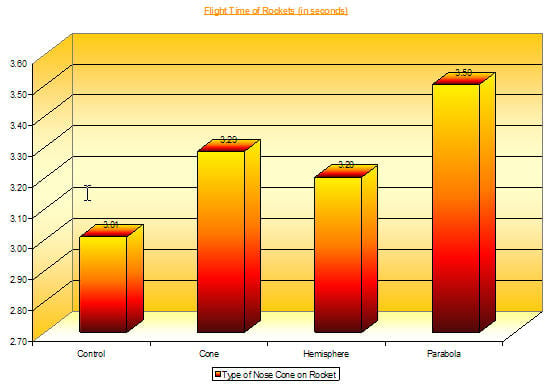 In this experiment I proved that my hypothesis was correct. Adding the parabola nose cone to the rocket has proven to be the best way to keep the rocket in the air for the longest amount of time. It had an average of 3.5 seconds of flight time. Adding the cone to the rocket also made a big impact on the time of flight. The rocket with the cone stayed in the air on average for 3.29 seconds. The third best nose cone to add to a rocket was the hemisphere nose cone. This rocket averaged a flight time of 3.2 seconds. Finally, the rocket with no nose cone added, proved to be the most inefficient. It averaged only 3.01 seconds, which was the worst of the four rockets. In conclusion adding the parabola, cone, and hemisphere shaped nose cones all proved to increase the flight time of the rockets compared to the control rocket with no nose cone.

If I were to do this project again, I would have tested more types of nose cones. I would also conduct more trials.

I could expand upon my research by studying why one nose cone is better than the other. 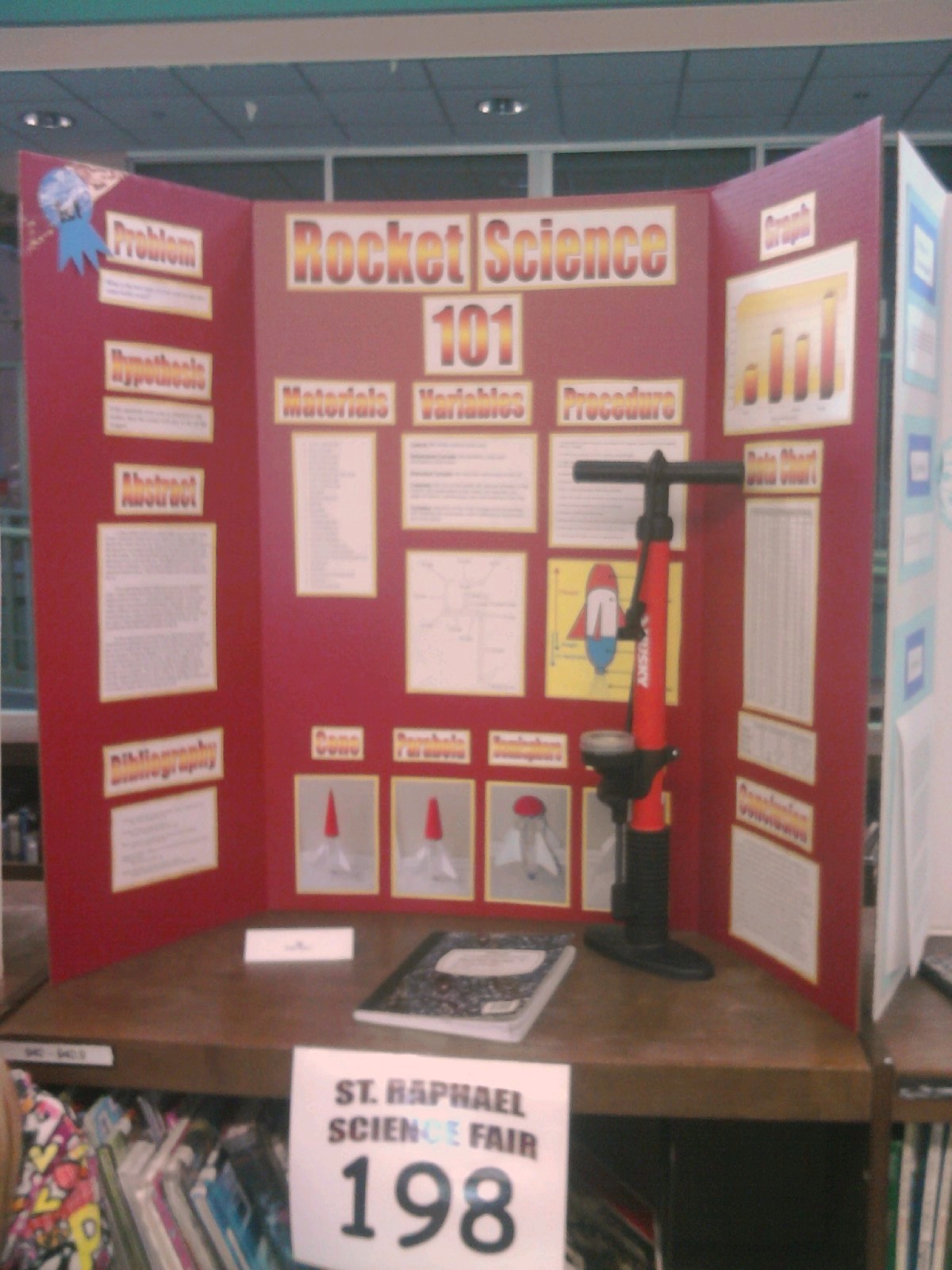