Impact Craters on the Moon 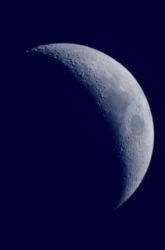 The size, mass, speed, and angle of the falling object determine the size, shape, and complexity of the resulting crater. Small, slow-moving objects have low impact energy and cause small craters. Large, fast-moving objects release a lot of energy and form large, complex craters. Very large impacts can even cause secondary craters, as ejected material falls back to the ground, forming new, smaller craters, or a series of craters.

Craters can be classified into 3 basic types:

Simple impact craters have bowl-shaped depressions, mostly with smooth walls. This type of crater generally has a diameter less than 9 miles (15 km). Their depth is about 20% of their diameter.

Complex impact craters have one or more peaks in the middle of the crater. These craters have diameters between about 12 and 110 miles (20 and 175 km), and the central uplift is usually one or a few peaks. Craters with a diameter over 110 miles (175 km) can have more complex, ring-shaped uplifts within the crater.

An Impact Basin is an impact crater that has a rim diameter greater than 185 miles (300 km). There are over 40 impact basins on the Moon. These catastrophic impacts causeFaulting And other crust deformations. Material ejected from impact basins is distributed over wide areas.

TheTotal mechanical energyOf an object is the sum of its Kinetic energy(KE) and Potential energy(PE). A meteor, asteroid, or some other object in deep interplanetary space loses potential energy and gains kinetic energy as it falls toward and impacts the surface of the celestial body. Since initial PE equals final KE at the point where the space object collides with a celestial body’s surface, the impact velocity of object can be calculated using the maths formula:

Where “H” represents height and the gravitational constant, “G” is the acceleration of the object due to gravity. This acceleration is about 9.8 meters per second on Earth. 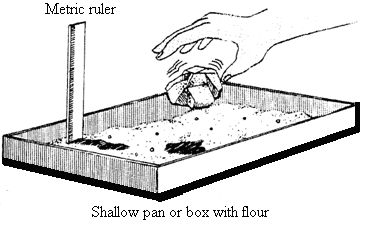