Experimenting with Ant Food: Do Ants Have Favorite Flavors? 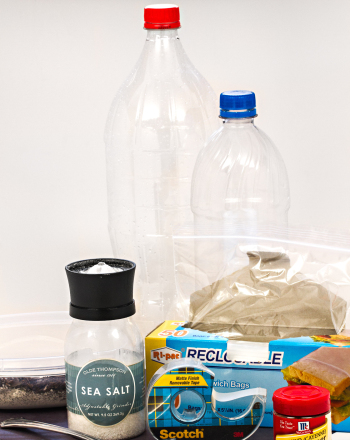 Some people love salty potato chips, others love super sour candy. Some of us load jalapeño peppers on our food, while others prefer no spice at all. We know that people have favorite flavors, but what about other animals? In this experiment, you'll test for taste in a very small animal: the ant.

Ants are attracted to sugar, but most sugary foods contain other flavors as well. When ants can choose between different flavors in their ant food, which will they choose? Let's find out!

Make a chart that lists the different flavors along the top, and counts the days of the experiment along the side. Every day, put a star on the chart under the most popular ant food flavour. When you need to add more food, open the bottle to spoon a little more into the bottle caps. If the dirt begins to look dry, add some drips of water. After seven days, just return the ants where you found them!

Questions to think about:

You probably found that the ants loved the plain sugar the best, and disliked the salt. Sugar is a high-energy food often found in plant juices, and ants use their amazing sense of smell to find it. Salt, spices, and citric acid have smells that ants avoid, because too much of these things can be harmful.

After any experiment, scientists think about how they could improve their next project. Here are some questions to help you better understand the ant flavour test, and help you think about new experiments you might want to try.