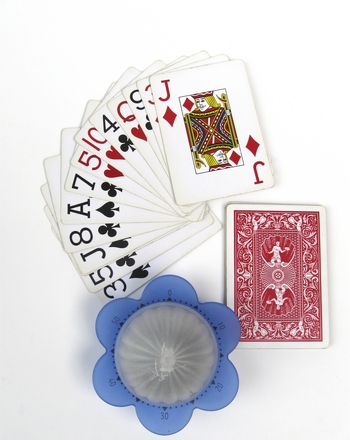 Play this fun card game with your second grader, and before long those challenging subtraction maths facts will be part of her mathematical skill set. Besides strengthening subtraction skills, this game also provides practise in comparing numbers. Your teacher will thank you: in school, second graders are spending lots of time going up and down the number line, counting objects, and developing deep understanding of these all-important number concepts.

Say no to boring "drill and kill". Get your game on! Subtraction maths War is an marvelous, high-speed way to build up maths skills while spending a richly enjoyable time with your child.

Related Guided Lesson
Based on your interest in Play Subtraction "War".