Get your Teen Excited About Politics! 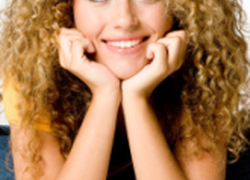 Teenagers across the country are getting involved in the issues they care about, and your child need be no exception. Are bills the work of high-power lobbyists? Political pundits? How about teenagers?

In Maine, a group of teenagers who form The League of Young Voters pushed through an initiative that promises to erase up to $32,000 of college debt for every student who stays in the state after graduation. Your child could be next to make a difference.

Here are three ways to launch your child into the world of politics:

Ask learners what issues they are passionate about. Chances are there is something in their community, their nation or the world that has them fired up. It doesn't have to be world peace or funding the cure for cancer. Your teen can start small, as long as it's something which resonates with them. Maybe your child is sick of getting busted for skateboarding downtown and wants to see their municipal government invest in a skate park. Instill in your child that there is a way to make a difference, it just takes a bit of work. Encourage your teen to:

For a list of more balanced teen political sites, check out: Www.freechild.org.

Social networking sites aren't just teen fads—they have the power to bring kids together to share ideas. Encourage your child to assert their right to free assembly by joining one of the many political groups these sites offer. Each group offers information on the key issues, introduces key political players, and gives kids the opportunity to discuss issues in a safe and open forum.

Comedy and politics go hand-in-hand. With comedians on both the right and the left poking fun at political issues, there's never a dull moment. Simply showing your teen the fun side of politics may motivate them to stay informed. Take it a step further by watching the show with your child, taking note of these jokes and their context. If your child didn't catch that comparison to Watergate, go online, or head to the library. Your teen's drive to get the joke will spur on continual learning.

Now's the time to kick-start your teenager's political interests—not only will it boost those social studies scores, but it will give your child a life lesson in citizenship. Vive La Revolution!

Introduction to Politics
Activity
Introduction to Politics
Here's a list of suggestions for parents on how to whet your child's political appetite.
Activity
Make Your Own Election Book
Worksheet
Make Your Own Election Book
Let future leaders get a taste of American politics with their very own election book!
Year 3
Reading & Writing
Worksheet
Your Sense of Taste
Worksheet
Your Sense of Taste
This colorful worksheet will get your child excited about the five senses and thinking about his sense of taste and drawing food he likes.
Kindergarten
Science
Worksheet
Interview Your Family About Traditions
Worksheet
Interview Your Family About Traditions
Get to know more about your family's meaningful traditions with this fun interview activity.
Year 4
Reading & Writing
Worksheet
What is Your Favorite Fruit?
Worksheet
What is Your Favorite Fruit?
Get your kindergartener excited about graphing with this favorite fruit survey. Kids will ask friends about favorite fruits and record the data on a graph.
Year one
Maths
Worksheet
Write Book Blended Poetry
Activity
Write Book Blended Poetry
Get your reluctant teen excited about writing: by alternating "found" phrases from a favorite book with his own writing, he'll create a unique, profound poem.
Activity
All About Orange
Lesson plan
All About Orange
"Orange" your students excited about colour? Quickly teach your students about the colour orange with this simple lesson.
Kindergarten
Reading & Writing
Lesson plan
Get a Clue: Ocean Animals
Lesson plan
Get a Clue: Ocean Animals
This hands-on lesson is sure get your students excited about ocean life. Your little marine biologists will have a great time listening to clues and finding different ocean animals.
Year one
Reading & Writing
Lesson plan
Get Ready for Reading: All About the Letter F
Worksheet
Get Ready for Reading: All About the Letter F
Help your preschooler get a head start on reading with this colorful alphabet worksheet all about the letter F.
Kindergarten
Reading & Writing
Worksheet
Making Connections Tic-Tac-Toe
Worksheet
Making Connections Tic-Tac-Toe
Get your students excited about making text connections!
Year 5
Reading & Writing
Worksheet
Get Organized With CD Case Drawer Dividers
Activity
Get Organized With CD Case Drawer Dividers
Show your teen how to live green by transforming old CD cases into drawer dividers and help her get organized in the process.
Year 6
Arts & crafts
Activity
All About Weather: Clouds
Lesson plan
All About Weather: Clouds
This fun art and science lesson about weather will have your students super excited to learn all about clouds!
Kindergarten
Reading & Writing
Lesson plan
We enable strictly necessary cookies to give you the best possible experience on Education.com.Cookie policy