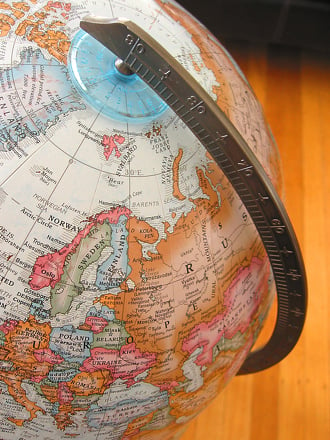 As learners study world cultures, they'll benefit greatly from a general sense of where countries around the world are located. One of the best ways students can develop this key geographical background knowledge is by spending a good amount of time looking carefully at a map, which can get rather boring. Liven up your learner's study of geography by getting them started on these three challenges.

The One Border Challenge: