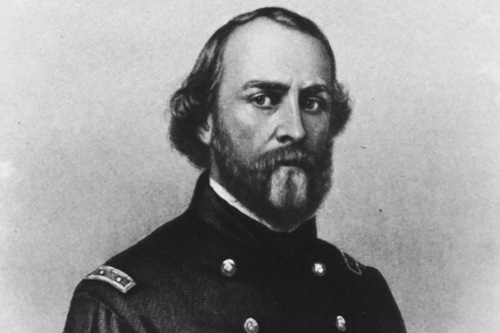 If you had been a soldier during the American Civil War, letters would have been the only way to communicate with your loved ones. Written correspondence allowed soldiers to reflect on their experiences and connect with their famlies back home.

In this activity, children will read a now famous letter from Sullivan Ballou, an officer in the Union Army in the American Civil War, to his wife Sarah. The letter, written just one week before his death at the First Battle of Bull Run, speaks of his love for Sarah and their two young sons, as well of his patriotism and commitment to the Union's cause.

After reading the letter, children will use the accompanying worksheet to write a response to Sullivan's letter from the perspective of one of his sons or his wife. As they do so, children will consider the human cost and experience of war, not just for soldiers but for their loved ones as well. Designed for fifth graders and other history students, this is an especially meaningful activity for Veterans Day or Memorial Day.

This activity was adapted from The Civil War Kids 150: Fifty Fun Things to Do, See, Make and Find for the 150th Anniversary.