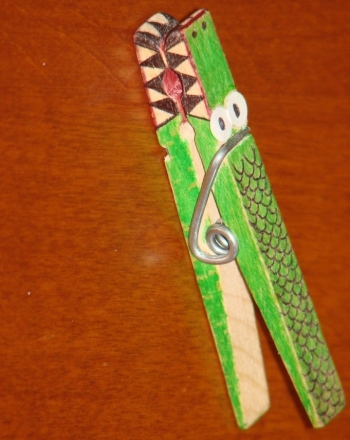 Is your young second grader an animal enthusiast who enjoys up-close experiences with the animals he learns about? Instead of forking over the money to visit his favorite reptilian predator at the zoo, discover what makes an alligator an alligator with this adorable and affordable alligator craft.

Your child now has a nifty little clothespin creation that can serve as a reminder of the powerful strength contained in an alligator’s jaw. In the same way that it takes a little more effort to open a clothespin than to shut it, an alligator's dangerous mouth also snaps shut more easily than it opens. Can your child find any other similarities between his recycled creation and an alligator?